Small Business Owner Skills: What You Can Learn From The Game Of Poker 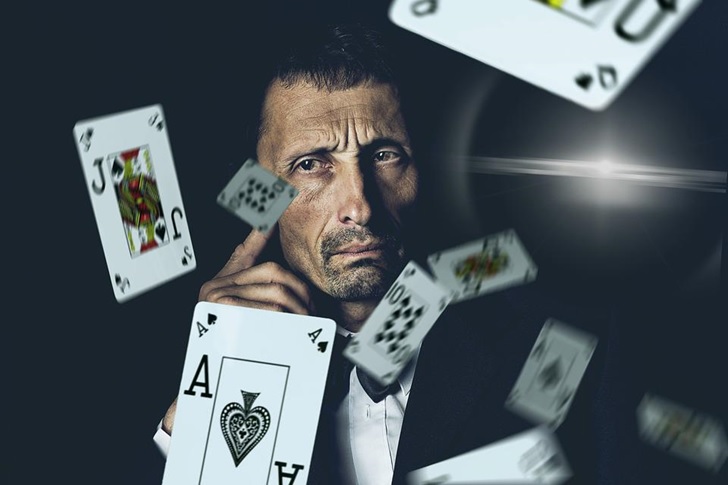 While it’s a well-known fact that maintaining a small business is difficult in the best of times, the Covid-19 pandemic saw small business owners faced with a number of challenging scenarios. According to a 2021 business closure update from Business Insider, the pandemic is believed to have caused about 200,000 more company shutdowns than the typical number. Now, this number was lower than what some had expected, thanks in large part to government aid. Even so however, hundreds of thousands of business owners found themselves unable to endure the pandemic.

Of course, this was largely due to the specific challenges brought on by the pandemic. But in many cases, the challenges of the past few years also served to illustrate just how burdensome more typical problems can be for small businesses as well. For instance, in an article about small businesses at Investopedia, financial expert Melissa Horton explains that one of the main causes of failure is running out of funds. This usually happens because, while business owners know their costs and expenses very well, they have less clarity regarding the profit they’re generating. And any lack of financial clarity when a disaster like Covid-19 strikes can swiftly put a business on its back heels; those without emergency funds, clear runways, and so on were least able to adjust.

Similarly, other experts have cited issues like the lack of a business plan or an inability to take advantages of learning opportunities as reasons some small business owners fail. These too are common problems that were thrown into even sharper relief by the pandemic. The good news, however, is that they are also problems that new and aspiring small business owners can avoid by developing relevant skills. And while there are numerous ways to develop and hone those skills, one that you might not expect is by playing poker. Indeed, it’s a hobby a lot of business leaders share –– right up to prominent CEOs and company founders like David Sacks (founder of Yammer), Dave Goldberg (CEO of SurveyMonkey), and Sky Dayton (who founded Earthlink).

It’s not a coincidence that these figures find poker engaging, because the game really can teach some of the very same skills business owners need to thrive. So let’s take a look at some of those skills and how they can help.

As we mentioned above, running out of funds is among the primary causes of small business failure. It may sound easy to avoid, but the bottom line is that small business owners typically have very little capital to spare, and lots of different places to put it; it’s no easy feat. Now, some financial challenges can now be solved through tech and automation. As we touched on in our “5 Powerful Tips For Small Business Owners”, a simple app like Expensify can help an owner to track expenses and gain a better handle on finances. Ultimately though, effectively managing the money for a small business comes down to strategic thinking –– and poker players tend to learn how it’s done.

Without a firm handle on your bankroll when you play –– that is to say, how much capital you have at your disposal –– it becomes all too easy to lose money, buying into this game or that, perhaps winning occasionally, but not realizing that you’re bleeding funds in the long run. By contrast, strategic players keep a careful count of what they can afford to play with, and plan their buy-ins according to where the money will do them the most good. They learn from performance, determine which level of buy-ins or types of games they earn most from (it may be that $5 buy-in games are more consistently winnable, even if $15 buy-ins give you more potential for bigger wins now and then), and allocate funds accordingly, and not in excess –– all with the aim of developing gradual, big-picture gains. Poker may be simpler than running a small business, but this thinking process can make a world of difference in managing company finances

The Importance of Having a Strategy

Universally regarded as one of the best poker players of all time, Phil Ivey has detailed pre- and post-flop strategies. For example, he bets pre flop to discover players with a lower chance of having good hands, and takes it slow with opponents who are constantly raising their bets on the river. In other words, he has a developed, personal approach built on intention that he sticks to –– at least to begin play –– as often as he can. And who are we to argue with the results?

The experience one gains from poker developing a strategy like this can be beneficial with regard to planning in business as well (particularly given the aforementioned issue that a lack of a business plan can doom small businesses). The Birmingham City Business School outlines strategy in business specifically as a process of finding a clear way to achieve your goals, by identifying your target audience and assessing the competition. Not entirely unlike how Ivey assesses opponents and acts on those assessments, a shrewd business owner needs to figure out what customers want and develop a strategy based on those findings.

Learning from Your Mistakes

Losing is a normal aspect of poker. However, this also means it’s essential for players to learn from their mistakes. Poker.org’s write-up on mental skills you can learn from the game makes note of this, listing Phil Ivey, Phil Hellmuth, and Daniel Negreanu all as extremely successful players who’ve learned to move on from misfortune. Ivey is singled out as a player who “never appears distraught” after a bad beat, and the players across the board are actually compared to the likes of Bill Gates and Warren Buffett –– both of whom are businessmen and investors known to value and learn from their mistakes.

To the point about Gates and Buffet, a survey discussed in a BBC.com article about CEO myths, found that CEOs capable of owning their mistake and identifying what went wrong tend to perform better than others. This is thus another invaluable skill for a business owner to draw from the poker table.

Knowing When to Cut Your Losses

Playing poker is about making a profit in the long term rather than any individual game –– which also means learning when to quit and cut your losses. In the 2011 PCA Main Event, for instance, Galen Hall avoided a disaster by taking a loss. He called a bet by Chris Oliver, only to subsequently decide to fold after Oliver raised the bet by millions. As it turned out, the latter had a full house, which would have beaten Hall and cost him far more money than he gave up by folding.

It is also important for small business owners, like Hall and so many other successful poker players, to learn when to cut losses. As Entrepreneur puts it when discussing “constructive quitting”, abandoning a project or an approach at the right time will at most become a temporary setback. This, as business owner David Kleinhandler expresses, can be very difficult, particularly when a substantial commitment has been made to said project or approach. But ultimately, quitting an effort at the right time can be best for the business in the long run.

Best SEO Practices to Have Your Full Digital Potential

Things to Consider Before Buying a ULIP

How To Bring Your Idea To Life With Private Label…

Tips for Creating a Multi-Generational Workforce