The Bitcoin wallet: How it Works 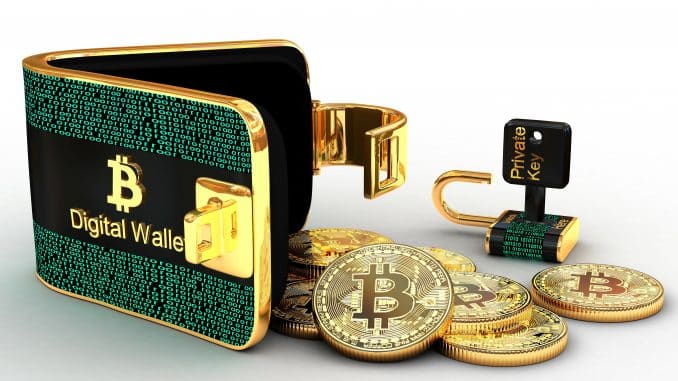 A Bitcoin wallet holds a user’s keys, allowing them to receive bitcoins, sign transactions, and check their account balances. Both public and private keys are held in a bitcoin wallet, but they serve distinct purposes.

It is the user’s keys that are contained in Bitcoin wallets, not the bitcoin itself. Wallets are like keychains in the sense that they hold many pairs of private and public keys. To sign transactions, a user needs to have these keys, allowing for the verification of their ownership of the outputs. Every bitcoin transaction is recorded on the blockchain.

A mnemonic phrase can be used to restore a lost wallet. It is crucial to keep private keys and seed phrases secure in order to protect bitcoin users against internal and external threats.

A seed is created when you create a Bitcoin wallet. Mnemonic phrases display seeds in the form of a series of words. To send and receive bitcoins, every individual Bitcoin key is derived from this seed.

A Hierarchical Deterministic (HD) framework is used to generate and manage Bitcoin keys, and so is the industry standard.

Every time you want to receive bitcoin, your wallet will automatically generate a new public key. You no longer have to worry about public keys or addresses reusing. It would be trivial for anyone to track your entire payment history if you used the same public key every time you received bitcoin. The privacy of a user is greatly improved by handling keys as single use tokens.

Keeping a Backup of Your Bitcoin Wallet

Once a user knows their recovery seed, which is normally a 12-to-24-word list that was created when the wallet was initialized, they are guaranteed to be able to recover their wallet.

A When you send and receive bitcoin, your wallet will store many addresses and private keys, but you only have to backup your wallet once. HD wallets create addresses using the same seed for all addresses, so you can back up all of your addresses using a mnemonic word representation of the seed, also known as a recovery phrase.

A hacker is also capable of stealing your funds if they get their hands on your recovery phrase. Making sure you do not lose or forget the recovery phrase is equally important as keeping it from strangers.

The Bitcoin Network and Bitcoin Wallets

Most Bitcoin wallets do not store the entire blockchain, as they are lightweight pieces of software. Consequently, a Bitcoin wallet needs to query the blockchain to keep track of its users’ balances and inform them of their transaction statuses.

Most wallets query the central servers run by the wallet provider, however, the best wallets allow users to connect their wallets to their own nodes. Users can protect their privacy by using wallets that query their own node rather than allowing third parties to see their addresses and transactions. In addition, it allows users to use Bitcoin without any trust.

How to get out of spam? 4 tips from email marketing experts

Different Areas Of Your Small Business Where Y May Need Help

Effect And Impactful Traits In The Crypto Drives